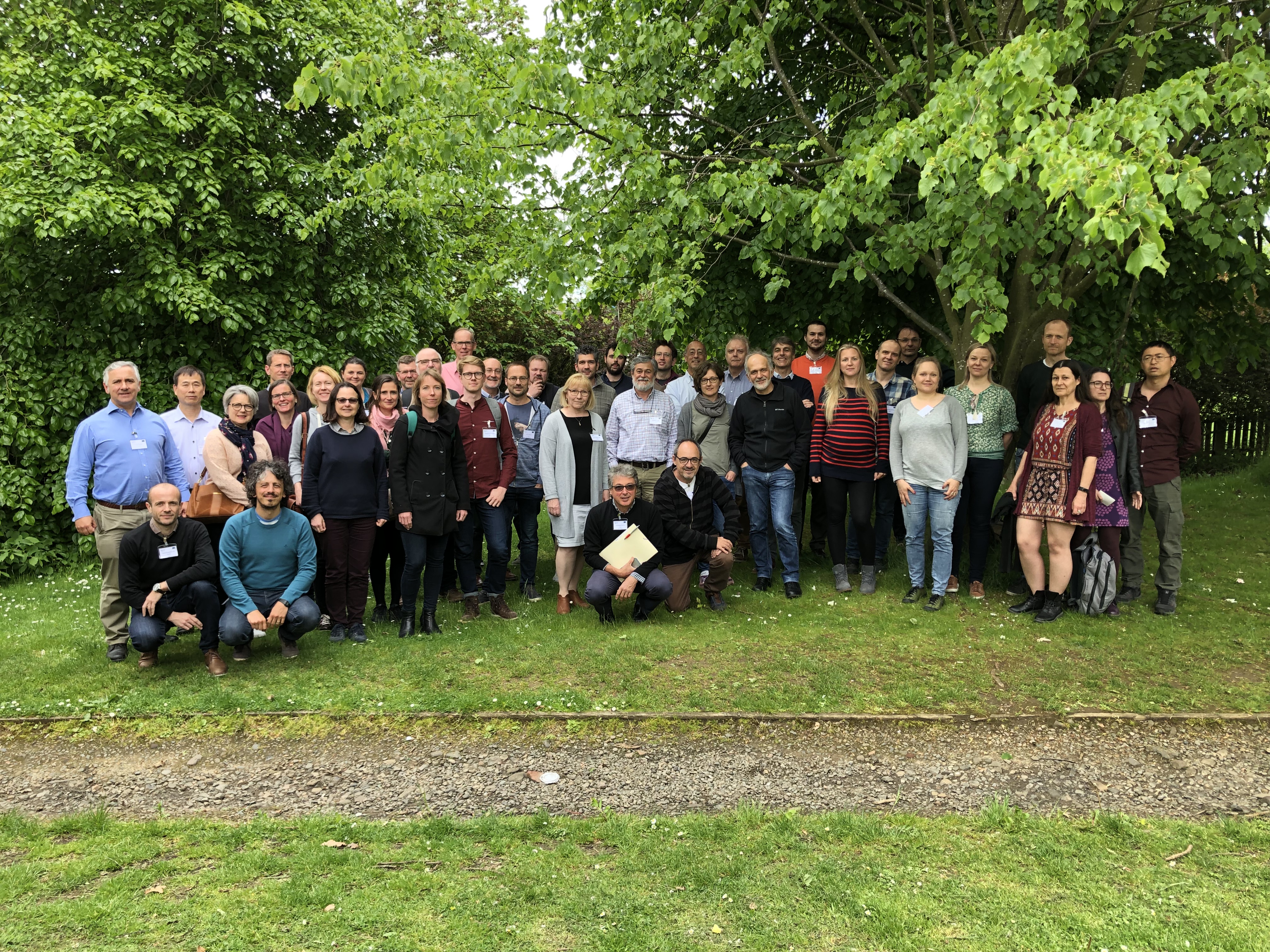 B4EST partners gathered in Edinburgh from 21-23 May for the first Annual Meeting. The meeting was a chance for an update on the progress of the project, and to work together with colleagues on the project’s objectives: proposing options to manage and help forests adapt to climate change.

B4EST works with eight of the most economically, ecologically and socially important tree species in Europe, and the focus for this meeting was Scots pine.

Guest speaker Richard Ennos from the University of Edinburgh looked at how Dothistroma septosporum was affecting pine trees in Scotland and the pathogen’s evolutionary potential. The pathogen affects 82 species of pine, and spreads by spores to infect the tree crown, causing growth reduction. Currently there are a number of epidemics worldwide, in Europe, North America and New Zealand, and it was first recorded on native Scots pine in the UK in 2010.

There have been previous breeding programmes for resistance in New Zealand, which has only a single asexually reproducing Dothistroma genotype. But the UK situation is different – three genetically distinct clusters of Dothistroma septosporum have been found in Scotland, confirmed by genome resequencing. Of interest to B4EST, is how is this likely to affect breeding for durable resistance. The resequencing showed the genetic diversity, sexual reproduction within races and hybridisation between races of D. septosporum in the UK, meaning that there is high evolutionary potential, much greater than in New Zealand. Breeding for durable resistance is therefore more difficult, because you are breeding against something which is changing. Richard concluded there is a need to rethink traditional tree breeding programmes to integrate continuous natural selection driven by changing composition of evolving pest and pathogen populations.

Matti Happanen from LUKE gave an overview of the current panorama of Scots pine breeding and the potential uses of genomic information. There are some constraints – an economic rotation of 70-100 years, difficult clonal propagation, late sexual maturity and fairly small seed yield.  Accurate genomic relationships are the most useful new information for operational breeders, while possible additional gains will arise from higher accuracy and selection intensity, rather than from faster breeding. Genotyping costs are still far too high for largescale operational breeding applications, but further reduction of the costs will open new ways to implement genomics in tree breeding.