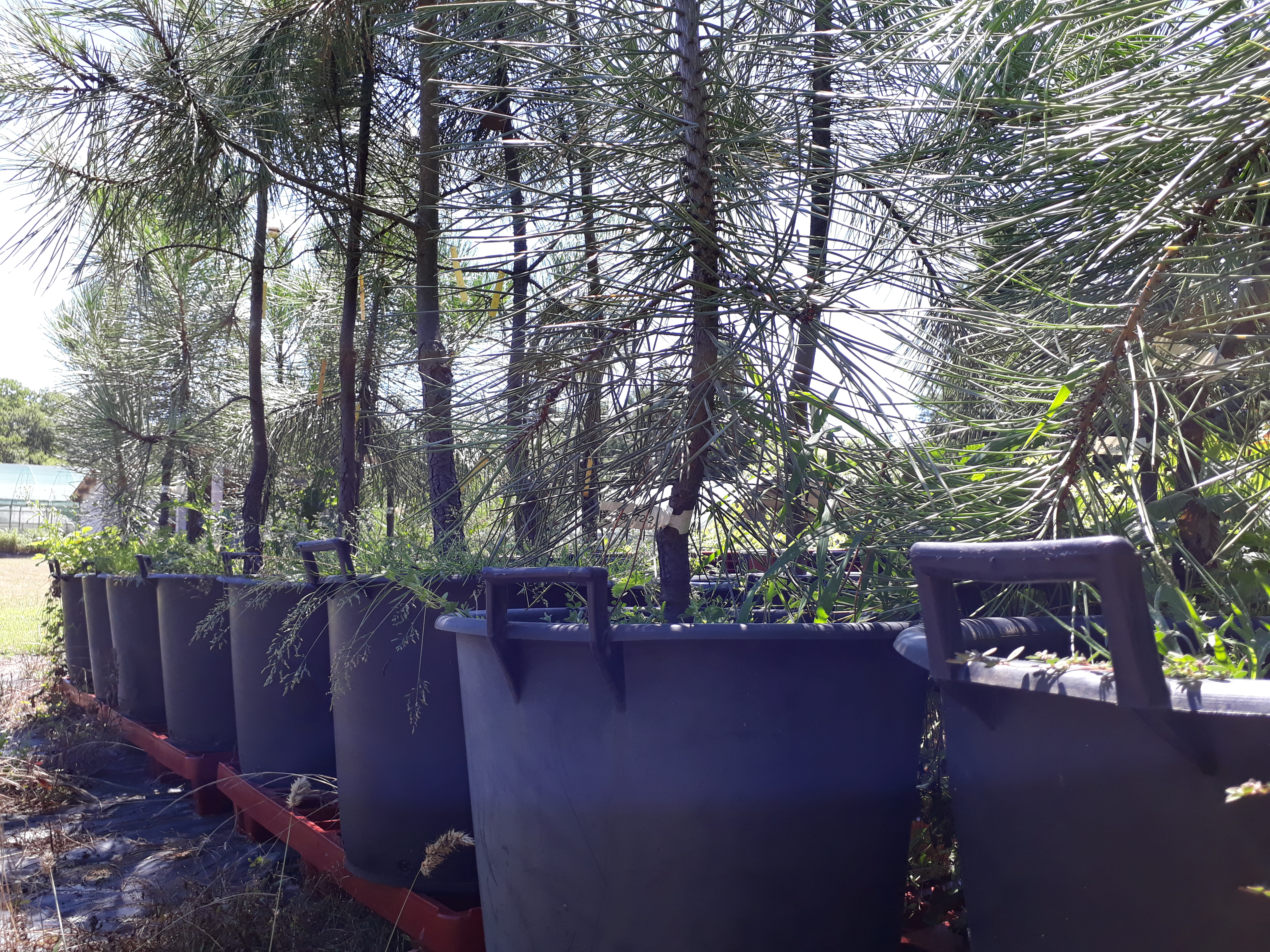 Major difficulties face those seeking to produce improved Maritime pine seed.  These include invasive pests and climate change which are leading to a decrease in seed production.  Another challenge is pollen contamination from surrounding non-improved stands which is having a negative impact on the genetic value of the produced seeds. In the B4EST project, we are testing on a small scale, whether the use of a greenhouse seed orchard can improve the quality and quantity of seed production.

Tree breeding programmes aim to produce improved plant material to use for afforestation. The best performing trees for climate adaptation, productivity or resistance to pest or pathogens, are selected and planted or grafted in a seed orchard managed to produce seeds. These seeds from selected parents are then used to produce seedlings to be planted in the forest. In this way the genetic gain from the breeding program is deployed in the forest so as to better provide wood and forest services.

Maritime pine is the first planted species in France: more than 50% of commercialized seedlings each year are maritime pine seedlings, all issued from improved material. The breeding program has led to several generations of open pollinated and extensively managed seed orchards that are used to produce enough seedlings for 15, 000 to 20, 000 hectares of plantation each year. However, the conditions of seed production are changing. Invasive pests (Leptoglossus occidentalis) perhaps combined with climate change (summer drought) are drastically decreasing seed yields.  Already this is forcing orchard managers to harvest former generation seed orchards to reconstitute their stocks.  Moreover, pollen contamination (estimated to be over 90% in some cases – Bouffier et al, 2017) induces heavy losses in seed genetic value.

A greenhouse seed orchard would allow for a more intensive management of seed production, with a good control of environmental conditions. For the first time in the Maritime pine breeding programme, we tested mass pollination under greenhouse conditions.  We want to evaluate the technical feasibility of this method, the potential of seed yield per cone and the pollen contamination rate. Twenty grafted trees in 100 litre pots were placed in a greenhouse during flowering time and mass pollinated, then transferred outside for cone maturation. In the absence of an authorised efficient chemical control, bags were placed on young cones for protection against seed bugs. After harvest, the seeds will be analysed for their molecular marker (sections of DNA) profiles to check their pedigrees.

This part of B4EST research is being led by INRA, France.