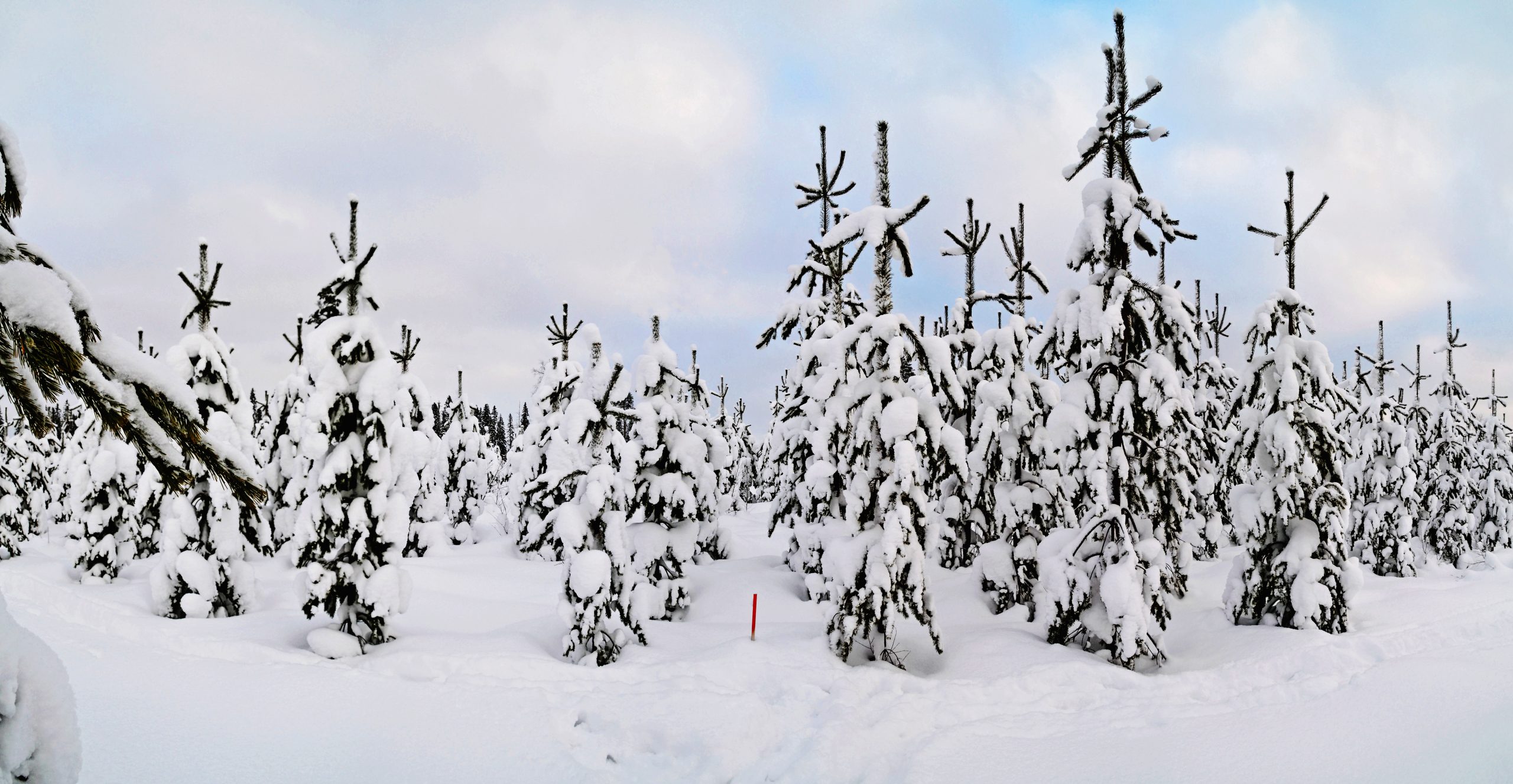 Image: Scots pine trial located in the north of Sweden, comparing plants from a selected cross representing stand seed (on the left) versus plants obtained from advanced-generation seed orchards (on the right). Credit: Ulfstand Wennström, Skogforsk.

Commercial forest stands or plantations are often regenerated artificially, usually by the transfer of forest reproductive material (FRM) in forms of seeds, seedlings, or cuttings, from somewhere else. With the progression of climate change, one important practical challenge for forest managers or forest owners is to select material that will thrive now, under the present climate, and also be able to withstand predicted climate. In order to ensure good general adaptation combined with good growth, the climatic condition of the targeted plantation site (deployment site) should be similar to that of the FRM’s origin, from which they are selected.

Provenance trials are a special type of plantation experiment that helps us understand how trees are adapted to different environmental conditions. However, with advancing tree breeding programs, deployment recommendations, as well as seed transfer models, developed on provenance trials, need further testing.

Scots pine (Pinus sylvestris L.) is the most widely distributed conifer in the world and is of considerable importance as a timber producing species, particularly in the Nordic countries. Transfer effect models for growth and survival of Scots pine in Sweden and Finland were recently developed, using unimproved seedlots available in provenance and progeny trials of both countries. However, the validity of these models for the transfer of improved seeds, e.g., seed obtained from advanced generation seed orchards, remained unknown.

Results of our study, which was a collaborative project between Sweden (Skogforsk) and Finland (Luke), and built on a 40 years of Scots pine improvement activities in the north of Sweden, revealed that the recently developed transfer models can even predict performance of Scots pine elite seeds, obtained from 1.5-generation seed orchards and which have undergone an intensive genetic selection.

Additionally, based on our result, “Plantval”, which is an operational breeding database for common deployment recommendations of Scots pine in Sweden and Finland, can be further utilized for transfer of genetically improved materials.